After hanging around the planet for millennia, messing with humans only to have them mess right back, our favorite Supreme Being took just a couple of hundred years to go from from comfortable middle age to life support.

The Annals was a remarkable piece of scholarship. Its author, James Ussher, 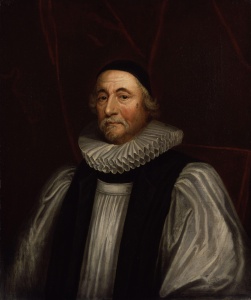 Archbishop of Armagh and Primate of All Ireland, spent years poring over the genealogical information contained in the early books of the Old Testament, cross-referencing the dates of Biblical events with other ancient histories and consulting the astronomical tables developed by Johannes Kepler, the founder of modern astronomy, to determine the age of the earth.

He arrived at the conclusion that the earth was created in 4004 BC.

It’s easy to chuckle about such things from our place in history. (Unless you’re a Young Earth Creationist, of course. In which case, I can’t believe you’re still reading this). But Ussher’s Chronology was based on the best scientific and academic methodologies of his day. Even Kepler, the first to formulate the laws of planetary motion, and Sir Isaac Newton, the first to formulate the laws of gravity and motion, developed their own chronologies at the same time and in similar ways, each coming to conclusions within a few hundred years of each other. 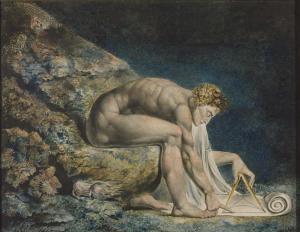 In many ways, Ussher’s Annals was the last time science and religion would come together in such harmonious agreement. And you would think that any deity that had been so thoroughly vindicated in middle age would have no problem going gentle into that omniscient good night.

But such was not to be the fate of our beloved Supreme Being.

Not long after, either in anger that such great minds had given our favorite deity the ultimate annual job review or in an act of macho bravado, humans decided to duke it out with the Diety mano a mano, bare knuckled and no holds barred. It had to be this way, and not just because the Marquess of Queensberry wouldn’t be born until 1844. The future of civilization was at stake, and this was a fight to the ideological death.

First up to challenge the Almighty was William “The Astronomer” Herschel. 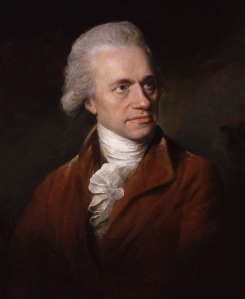 In 1781, this musician turned scientist was credited with discovering the planet Uranus. The importance of the discovery of the seventh planet from the Sun may not be immediately apparent to our modern minds; admittedly, the significance may not have been readily understood by Herschel’s contemporaries either. But Uranus was the first new planet to be discovered since Biblical times, forcing humankind to question the accepted notion that the universe and its contents were fixed and unchangeable.

The times they were a-changing. Unlike Galileo, who had incurred the wrath of the Catholic church some 170 years earlier for daring to contradict the Biblical doctrine that the Sun revolved around the Earth (found, for those of you keeping score at home, in 1 Chronicles 16:30, Psalm 93:1, Psalm 96:10, Psalm 104:5 and Ecclesiastes 1:5), Herschel was rewarded for his discovery by George III, who made him The King’s Astronomer, even though Herschel had also contradicted Biblical knowledge and pushed back the known boundaries of the Solar System by millions and millions of miles in the process.

The first round of the fight had gone to mankind, but by the narrowest of margins. Unbloodied and barely tested, God returned to the blue corner to await the next opponent.

Mary “Bonedigger” Anning was as unlikely a metaphysical pugilist as they get. 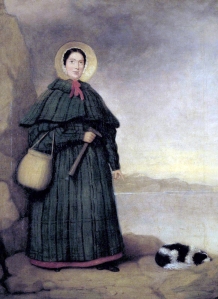 A dissenter (a Christian who did not belong to the established Church of England), impoverished and barely literate, in 1811 she discovered the first intact fossilized skeleton of an ichthyosaurus. Later, in the Jurassic cliffs of Lyme Regis, her hometown in the south of England, she would find complete skeletons of a plesiosaurus, a flying dinosaur known as a pterosaur and numerous other fossils.

Anning’s discoveries, like the discovery of Uranus, provided several more body blows to  the Almighty but not the knockout punch. They brought into question more accepted Biblical doctrines. First, these were species that were unknown to the writers of the Old Testament; how, then, could we explain their presence? And if these were ancient creatures that had become extinct, didn’t that call into question the perfection of God’s creation?

Typically, Mary Anning’s contributions to science were not fully recognized at the time. As a poor, working woman, she was not allowed admittance to academia or the Geological Society of London, the leading natural history institution of its day, and none of the species she discovered were ever named after her. But she still managed to win the second round for humankind, tagging Charles “The Rock” Lyell, her fellow geologist and correspondent, for round three with the Supreme Being. 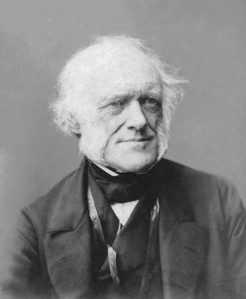 Lyell’s Principles of Geology (1830-33) offered a completely different timeframe for the age of the Earth than had previously been offered in Ussher’s Annals. By analyzing the age of marine animals found in various geological formations throughout Europe, Lyell accumulated enough evidence to suggest that the Cenozoic Era alone (the most recent of the Earth’s three geologic eras) was over 80 million years old.

Turns out he was off by a few million years, but it was enough to win the round on points.

It was up to Lyell’s old friend, Charles “Apeman” Darwin, to try and finish the job in round four. 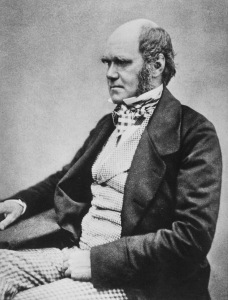 The publication of On the Origin of Species in 1859, set in motion a spiritual slugfest that continues to this day, a mere 155 years on.

I don’t think I need to go over the theory of evolution and natural selection that Darwin put forward in the work, as most of us have at least a passing understanding of the basic concept. For our purposes, we only need to understand the powerful 1-2 combination that laid low the Most High. The first jab that landed questioned the literal truth of the story of creation as told in Genesis. Species didn’t appear fully formed by God’s hand in a few days; they adapted from other species and changed to their present states over millions of years. And the second punch questioned whether humans were created in God’s own image and whether they had dominion over all living things. For if humans evolved from apes (which Darwin stopped short of saying, though the implication was clear), then that meant they weren’t the centerpiece of creation. The theory of evolution implied that, at best, humans were the smartest monkeys, able to stay one step ahead of extinction and rise to the top of the food chain.

At worst, they were simply animals who just got bloody lucky.

How the Almighty had fallen, hitting the canvas just as the bell rang to end the round. Yet amazingly, bloody and bruised, The Alpha and the Omega made it back to the blue corner.

But it was to no avail. The fight had been stopped.

In boxing parlance, this was a TKO–a technical knockout–where a referee ends a bout not because a fighter has been knocked to the canvas and counted out but because that fighter simply cannot continue. The accumulation of blows that began during the Age of Enlightenment and that continued throughout the nineteenth century was more than even a Supreme Being could withstand in one eternity.

It took just twenty-three years after the publication of On the Origin of Species for that famous scribbler of the sweet science, Friedrich “Boom Boom” Nietzsche, to utter his famous statement: “Gott ist tott.”

It was an understandable conclusion, easily arrived at by viewing The Great I Am in Intensive Care: prostrate, intubated, catheterized and surrounded by machines making “beep, beep” noises. But as poetic as the phrase was, it was medically incorrect.

POST SCRIPT: The cast of characters in this blog–indeed, much of the impetus for it–came from John Fowles and his magnificent novel The French Lieutenant’s Woman, which had a profound impact on me in my college years. So it is only fitting that I leave the final world in this blog to him.

In 1969, Fowles wrote an essay, “Notes on an Unfinished Novel,” describing the underlying themes behind, and his thoughts while writing, The French Lieutenant’s Woman. In the essay, he writes:

The great nightmare of the respectable Victorian mind was the only too real one created by the geologist Lyell and the biologist Darwin. Until then man had lived like a child in a small room. They gave him–and never was a present less welcome–infinite space and time, and a hideously mechanistic explanation of human reality into the bargain. Just as we “live with the bomb,” the Victorians lived with the theory of evolution. They were hurled into space. They felt themselves infinitely isolated. By the 1860s the great iron structures of their philosophies, religions, and social stratifications were already beginning to look dangerously corroded to the more perspicacious.