Of Faith (May Contain Some Feet)

Many of my runs take me along a mile-and-a-half stretch of Culver Road in Irondequoit, NY.

About a half mile from home, they go past Transfiguration Lutheran Church

then, almost another mile north, the Durand United Church of Christ

and, on the other side of the road, St. Salome’s Catholic Church.

Only now, at the beginning of February, just one of these churches still stands.

In the first week of the year, almost overnight, St. Salome’s and Durand were surrounded by green fencing. Within days, they had been demolished, consigned to memory and local history books.

My running landscape has changed forever.

St. Salome’s officially closed its doors in 2010, several years before I first became acquainted with the neighborhood. Durand, however, had been active up until the end of 2016, though signs of its decline were as plentiful as the weeds growing around its foundations and up through the blacktop of its parking lot.

I found out today that both properties had been sold a couple of years ago, and that, at some point this year, senior housing will be going up on in their places. As spiritual changes go, at least this one goes in the plus column.

So what does all this have to do with my spiritual life, or even my running for that matter?

Well, running past these demolished churches this January has become the perfect backdrop and metaphor for my current state of mind.

Because I have been feeling my faith slip away.

Maybe it’s the accumulation of all the huge changes that I have been through in the last year — a new job, a new town, a farewell to a church in which I had been a long-term member, a realization that my kids are finally grown up and making their way in the world — that is forcing me to push the reset button, forcing me to re-examine the glue that had been holding my life together for so many years.

Maybe it’s just my reaction to the zeitgeist, my being full of faithless fears and worldly anxieties, my being caught up, against my better judgement, in the world as it once again turns upside down, leaving me to wonder what exactly this is all for.

Or maybe it’s just me being me, overthinking things as I have a tendency to do, trying to intellectualize that which, for the longest time, I have felt should be so simple, so easily grasped, so basic to my existence that I couldn’t ever lose it.

Not long ago, I read an article which so moved me that I saved it in my preaching journal for use in some sermon yet to be written. The title, “Mother Teresa’s Dark Night of the Soul: What Can You Learn From God’s Silence,” says it all.

It’s hard to imagine that such a deeply spiritual person lost her faith for a large portion of her life. Yet, according to this article, that’s exactly what happened. And when a person who lived such a holy life, a life lived in line with the truest principles of the Christian faith, a life that had more meaning on its worst day than anything I could manage on my best, cries out, “the place of God in my soul is blank,” you’d better pay attention.

These words truly took me by surprise when I first read them. Yet they are the very words that are echoing within me right now.

Maybe it’s time for me to write that sermon. Maybe the sermon is here, somewhere in this post, and I just can’t find it. And maybe what I’m going through is not a crisis of faith at all, but my coming to a point in my life where I have to listen to God’s silence and figure out what it means. 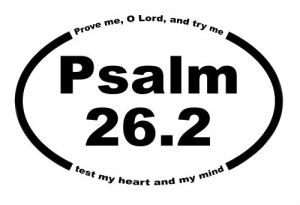 Buildings are built. Buildings are torn down. The parishioners of both defunct churches found new homes — with another Catholic church further south on Culver in the case of St. Salome, and a new, shared building elsewhere in Irondequoit in the case of the United Church of Christ.

They remind me that it is possible for faith to endure. And the one church on my route along Culver that still remains standing reminds me that, even when nothing seems right, faith never completely disappears.

I write about running, music and spirituality.
View all posts by Bruce Pegg →
This entry was posted in Grains of Sand and tagged Christianity, faith, God, Mother Theresa. Bookmark the permalink.

2 Responses to Of Faith (May Contain Some Feet)