In the end, moving into triple digits (and moving past 500 miles for the year) on the #runstreak was a bit of an anticlimax.

It happened on April 10, for those of you keeping score at home, toward the end of a rainy 5K on the running trail at the Disney Coronado Resort, where I was attending HealthCon for work.

Here’s a selfie of that moment 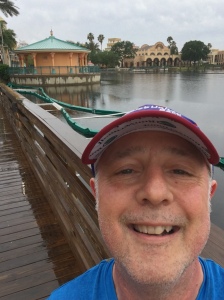 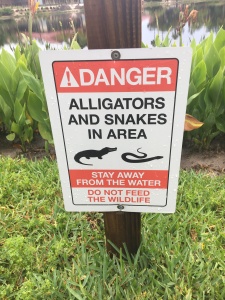 In a more poetic world, the landmark moment would have happened on the garuda run I took two days later in West Palm Beach. 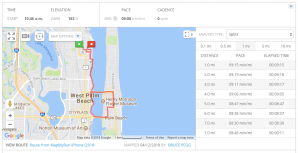 The abrupt transition from running in the cold of western New York to the heat of central Florida had been unexpectedly hard on my lungs. I’m used to a transition that takes a number of weeks; this time, I had to adapt in a day. My runs in Orlando on Saturday and Sunday, and the Disney runs at the beginning of the week, all felt labored. I was breathing hard, and I didn’t feel comfortable at all.

By Thursday, all that changed.

Right from the first few steps, my breathing, my body, everything felt much more comfortable. With temperatures in the 70s and a delicious breeze coming off the ocean, I had the feeling this was going to be a fun one.

I quickly found the Flagler Drive trail at Currie Park, 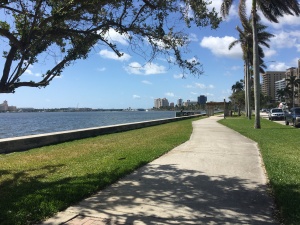 and ran past a memorial to Dr. Martin Luther King Jr. 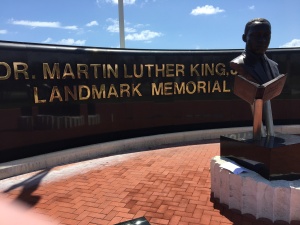 which seemed incongruously located in this bastion of white privilege, especially once I passed 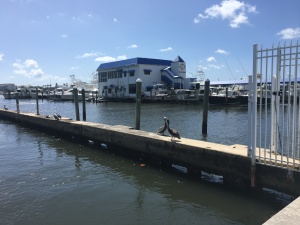 Eventually, I crossed the Intracoastal Waterway on the Flagler Memorial Bridge

Then, after a quick jaunt down S. County Road, I opted to run through a ritzy neighborhood, along the wonderfully named Coconut Row, past houses hidden by 20-foot-high privacy hedges, before crossing the Royal Park Bridge 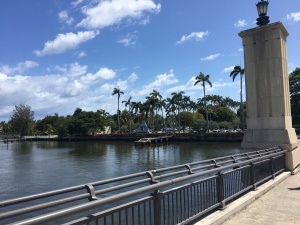 toward the bougie high rises 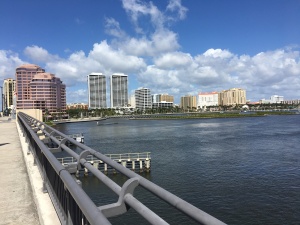 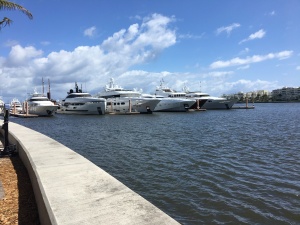 on the other side of the Intracoastal.

On the way back up the trail, I made sure I took time to enjoy the unusual sensation of the warm sun on my skin and to soak in my surroundings. After all, it wouldn’t be long before the #runstreak resumed in the chilly New York spring.

Post script: The following day, I set out on a similar route which became even more of a garuda run. First, I unexpectedly decided to run through The Breakers grounds, which resulted in me getting hilariously lost on the cart trails that ran through their lush golf course. Then, after picking up S. County Road again, I just kept running and ended up here

Bonus points if you know the name of the place and it’s rather (in)famous owner.

I ended up paying for the unanticipated extra mileage at the end of the run. But, hey, at this point, I realized I was well and truly on a runcation, and a little fatigue was a small price to pay for running in such incredible surroundings. 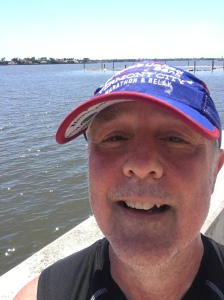 I write about running, music and spirituality.
View all posts by Bruce Pegg →
This entry was posted in #runstreak, The Flat-Footed Fox and tagged #runstreak, garuda run, The Breakers Hotel, Walt Disney World, West Palm Beach. Bookmark the permalink.