Where Did the Fox Go? (Part Two)

At the end of January 2021, I moved out of Rochester and back to Central New York, leaving behind some great friends and the routes I had grown to love: the Durand Eastman arboretum, the scenic shores of Lake Ontario, the River Trail from the port in Charlotte up to Lake Avenue, the canal trail from Perinton to Pittsford. No more training around Mount Hope cemetery with Drew and the Rochester Running Company folks, or around Josh Park at the back of the Hudson Avenue Wegmans with Kelly and her group. No more running with the iRundequoit crew. Routines and habits that grounded and stabilized me in the end all disappeared in just a handful of days.

Not for the first time in my life, it was time to begin again.

END_OF_DOCUMENT_TOKEN_TO_BE_REPLACED

Where Did the Fox Go? (Part One)

Well, now. That’s a good — and reasonable — question. It’s also a difficult one for me to answer, first because I am not sure I can provide a clear answer and, second, because part of any answer I may have will be very personal in nature.

I’ve always regarded the purpose of the Flat-Footed Fox blog is to document my running, simply and purely. I will do my best to make these posts no different. But the separation between the physical and the mental — if there is one — is paper thin. And these posts, as much as I don’t want them to, will bear testimony to that.

The simple version of the story as I understand it is this: two years’ accumulated stress took its toll on my mental and physical health. It affected my ability and desire to run, which, in turn, increased my stress levels, creating a feedback loop that I am only just starting to break. 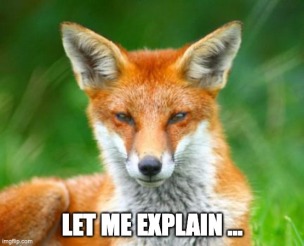 END_OF_DOCUMENT_TOKEN_TO_BE_REPLACED

Welcome to the page for

Go to https://spenwoodbooks.com/product/demontforthall/ and get your copy today!

ABOUT GOIN’ DOWN DE MONT

In 2015, I started to write down my memories of rock concerts I had attended at the De Montfort Hall when I was a teenager growing up in Leicester during the 1970s.

As the project developed, I invited a number of my old friends to contribute, and I eventually published the stories here on brucepegg.com as a series of blog posts under the heading Aya Gooin’ Down De Mont?

Fast forward to 2021. Richard Houghton, my old college friend from Loughborough University and himself an author of numerous people’s histories of well-known rock bands, contacted me and asked if I would like to turn the blog posts into a book to be published by his company, Spenwood Books.

I readily agreed and began work on Goin’ Down De Mont.

The De Montfort Hall has enjoyed an incredibly rich history, playing host to the greatest names in modern popular music. From Buddy Holly’s appearance on 16 March 1958 through to legendary shows by The Beatles, The Rolling Stones and Bob Dylan in the early sixties; from groundbreaking performances by Pink Floyd and Genesis in the early 70s to cutting-edge appearances by The Clash and Blondie later that decade; and from numerous Marillion shows recorded at the venue to Kasabian’s triumphant homecoming gigs in the 2000s, the Hall’s stage has been graced by the famous and the influential alike.

In addition to stories, there are never-before-seen pictures of performers during shows at the hall and scans of memorabilia from the shows, including images of ticket stubs, setlists, autographs, and more.

These stories are accompanied by

You can access an older version of the gig database here. The version in the book has added over 100 more dates.

You can access an older version of the discography here. Again, the version in the book has numerous additions.

Got questions about Goin’ Down De Mont? Want to contact Bruce? Use the form below!

It took me a long, long time to catch up with Steve Hackett.

Forty-two years, 7 months, and 22 days to be exact. END_OF_DOCUMENT_TOKEN_TO_BE_REPLACED

The last time I saw the Mighty Maiden, in Toronto on their 2017 Book of Souls tour, I marveled at the energy they still generated on stage after delivering almost 40 years of uncompromising in-your-face metal to the masses.

This time, though, catching up with Eddie and the boys wasn’t quite so satisfying.

END_OF_DOCUMENT_TOKEN_TO_BE_REPLACED

#runstreak day 475: The End of the Streak and a European Runcation (Photoessay)

On April 20, at around 5:30 in the evening, I finished a lazy two-mile run around the neighborhood.

It was an unremarkable way to end a remarkable sequence. A 475-day #runstreak, encompassing 2,285.52 total running miles, had come to an end.

END_OF_DOCUMENT_TOKEN_TO_BE_REPLACED

As any runner will tell you, catching up always brings its own set of problems.

Especially when you’re really behind. END_OF_DOCUMENT_TOKEN_TO_BE_REPLACED

This eighth album by the Stourbridge metal warriors may feature plenty of nods to the bands’ now forty-year-old roots. But at the same time, it points toward an altogether different future — hard rocking, of course, but also more progressive and complex than its forebears.

Which is in no way a bad thing. END_OF_DOCUMENT_TOKEN_TO_BE_REPLACED

Catching up with Diamond Head

It’s been a while since The Guv’nor caught up with Diamond Head — almost two years, in fact, since he waved goodbye to the band after their show at Sharkey’s in Liverpool, NY.

Since then, the rollercoaster ride that is DH has continued unabated. Problems with management companies, record labels, and tour promoters have gone hand-in-hand with a difficult yet ultimately triumphant tour of Europe and a groundbreaking new album, The Coffin Train.

To find out everything that has happened to the band since September 2017,  The Guv’nor caught up with guitarist Andy “Abbz” Abberley, bassist Dean Ashton, and vocalist Rasmus Bom Anderson.

Here’s what they had to say.

END_OF_DOCUMENT_TOKEN_TO_BE_REPLACED

If the concerts I am attending this year have a collective theme, it would have to be Catching Up.

With Bruce Cockburn, it’s been almost a decade since last I saw him (May 2011 at The Egg in Albany to be exact). That was the year the normally prolific Canadian singer-songwriter released Small Source of Comfort; since then, the rest of the world and I have had to wait for the follow up, 2017’s Bone on Bone.

Now nearly two years’ old, the album has become a worthy addition to the Cockburn canon, as the night’s set opener, “States I’m In,” perfectly illustrated. If there was anyone in attendance who was unfamiliar with his work — which is hard to believe considering Cockburn’s career is now well into its sixth decade — it was the best possible introduction.